After exploring the beauty of Garden Route National Park, we were off to see some elephants! Before coming to Africa, giraffes were my favourite animal. This goes back to when I was a little kid wearing the amazing giraffe sweater my Nana knit me (if only I had a picture!). I’m not sure what attracted me to giraffes to begin with – maybe I was jealous of their height? (I’ve always been on a shorter side) Maybe I could relate to their clumsiness as infants? Whatever it was, they were the animal I was most excited to see in the wild when we landed in Tanzania in early September.

While I still love giraffes, elephants inched their way to the top of my list the more we saw them in the wild. Not only are they adorable (have you ever seen a herd of elephants playing in the mud?!) but I also love that they stick together in the wild, and female elephants support each other. Every time I see a baby I clench my teeth and say “Errrr mmmmeerrr gggeeerrrrrrdddddd it’s so freaking cute!’ (James can attest to this). In any case, I was pretty excited to get to Addo Elephant National Park!

We arrived at reception and were told to go and pick a campsite (side note: this is one of the few places we booked in advance – it is very popular and there aren’t a ton of sites so I would recommend doing this!). To be honest, the campsites are not much to look at (and at around $30 AUD, more expensive than some of the other sites we’ve been to). We drove by the first line of them which barely looked like they had room for our SUV and 3 man tent. To make matters worse, the only free site was beside a group of people who thought it would be a good idea to play EDM at 3pm in the afternoon from their Bluetooth speaker (can you hear the base in your head? I still can). We parked our car, but decided to do a loop around (there were 4 other sites in the back) to see if there was anything better. We were lucky to find an awesome site (22 if you’re going!) at the very back between 2 caravan sites. In comparison to the others, it was huge so we quickly parked and I ran back to reception to get our permit for that site.

After setting up camp and chatting with our neighbours (who were quite blown away that James could essentially just toss our tent and it was set up) we headed into the park for a couple of hours before the gates closed.

Off the bat we saw Kudu and warthogs and it didn’t take long to spot our first few elephants! 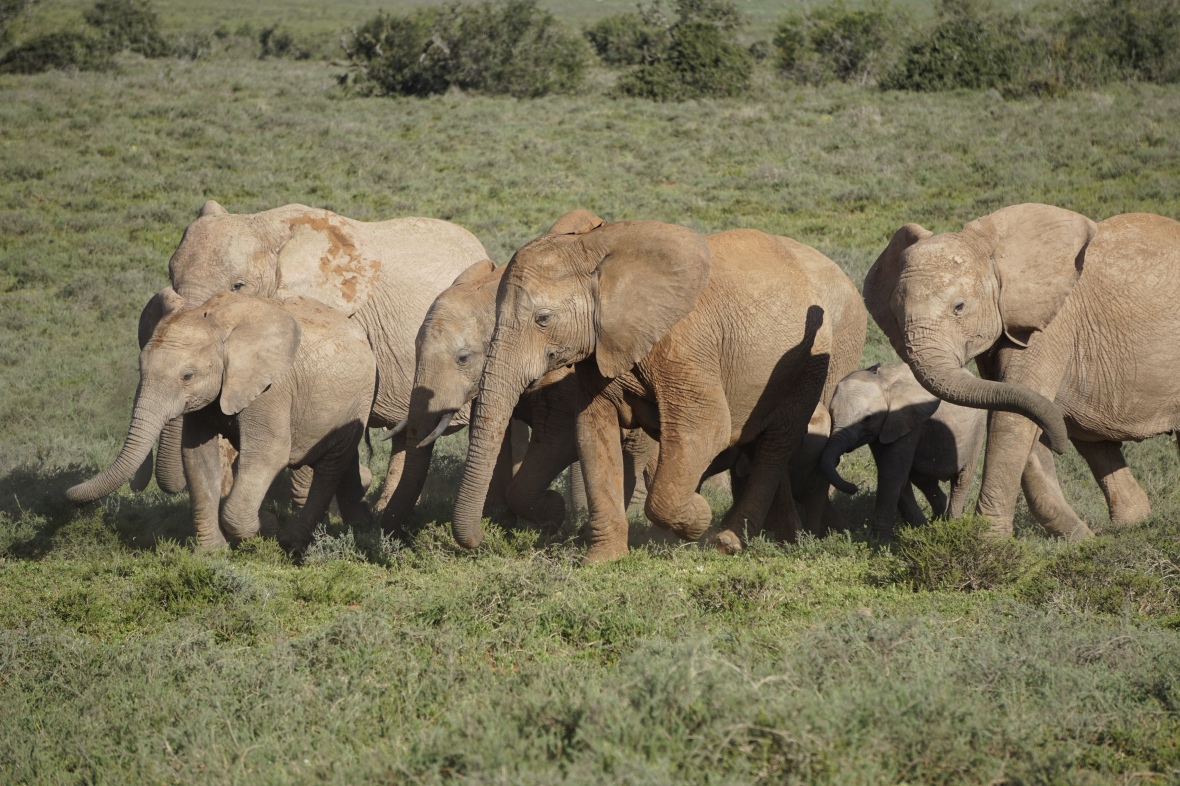 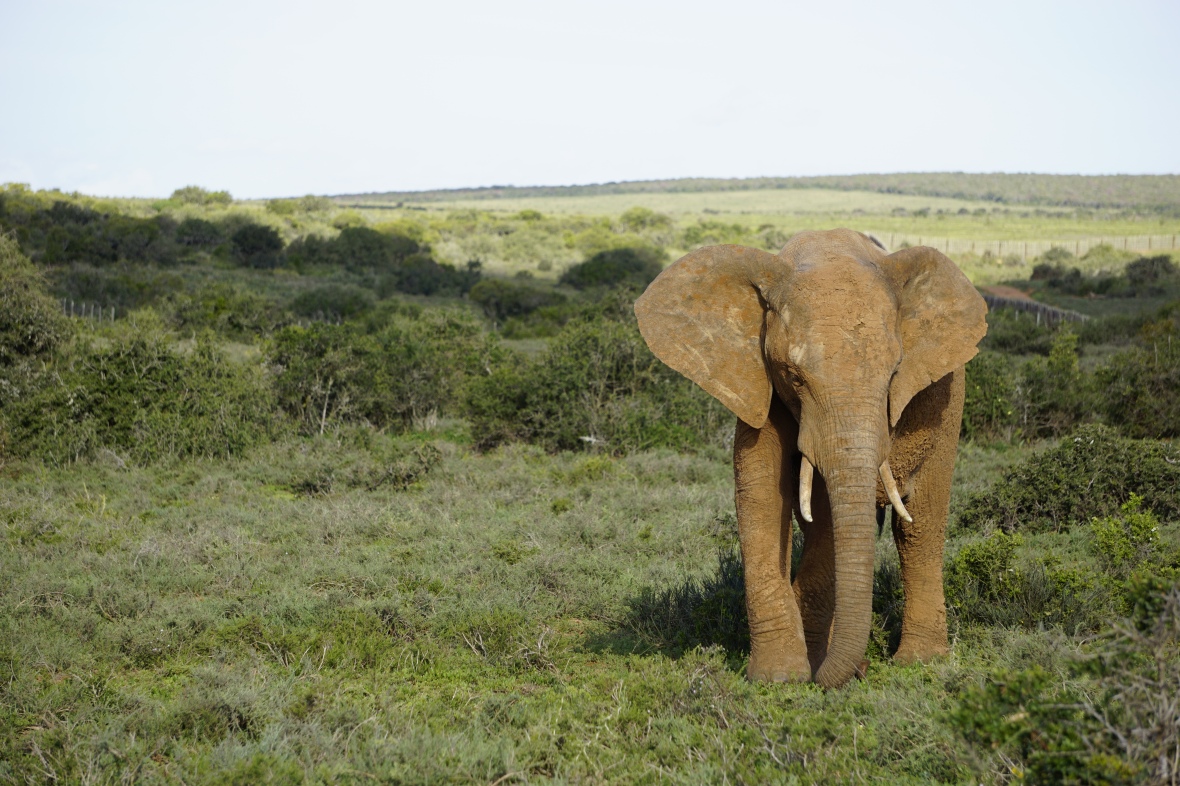 As we continued our drive, we saw a massive group off in the distance – there must have been 30 or 40 elephants! I’ve never seen anything like it and we pulled off to the side just to watch. This picture shows just a portion of them! 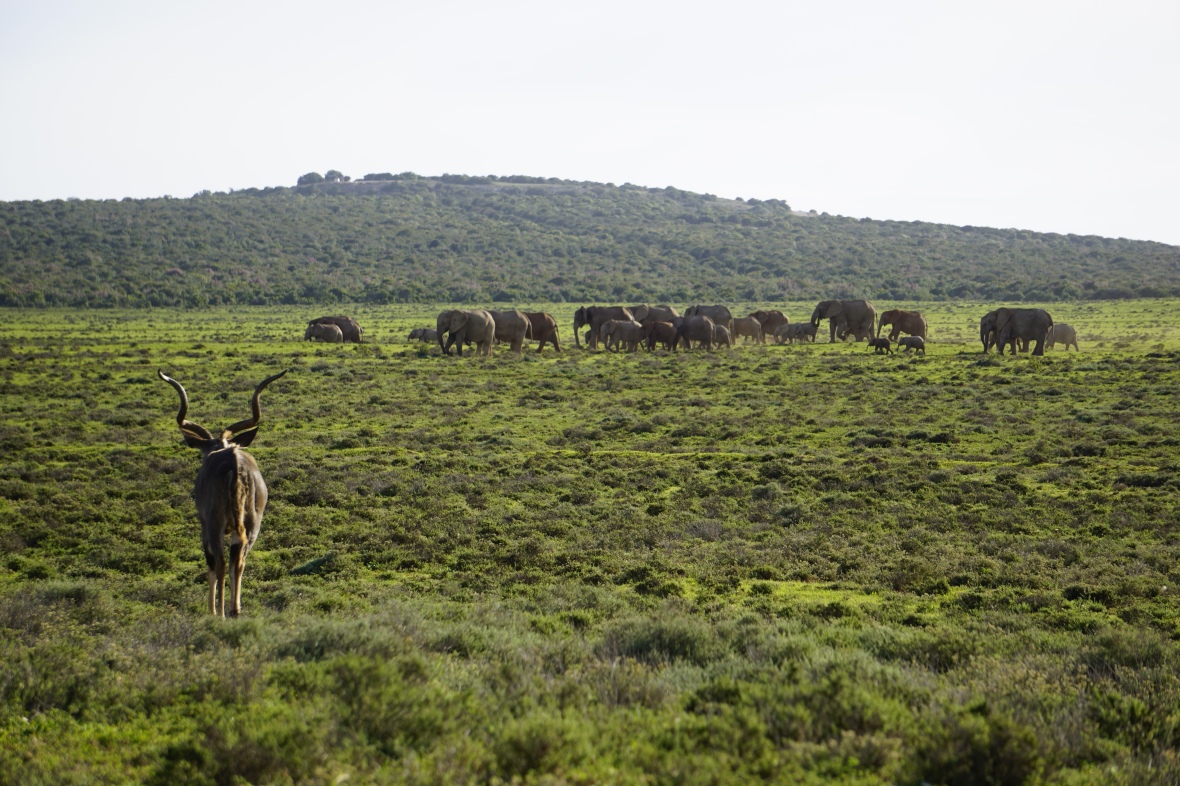 We noticed that some were making their way toward the road so we just waited patiently and sure enough, had about 20 elephants pass right in front of our car! I was blown away. 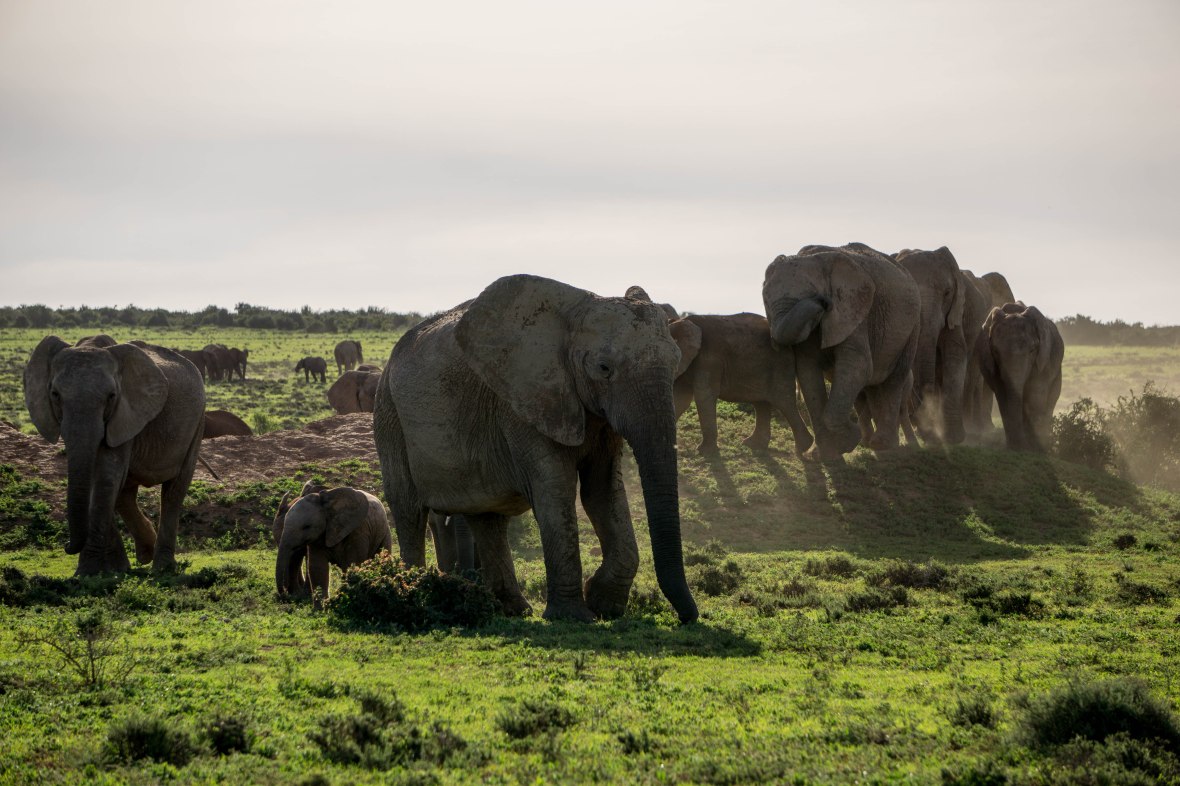 ​We headed back to camp for the night feeling pretty lucky! We got into our tent (well before our older neighbours who, I’m not lying to you, stayed up late talking about and comparing different types of hard toffee!) and drifted off to sleep.

The following morning, we had some breakfast and headed back into the park; this time we were going to go all the way to the south end of the park. It took awhile for us to see any elephants and we wondered if closer to the camp is actually better (it is). But we did see this big guy on the road. We pulled onto the road and just stopped our car and he immediately started walking toward us. I was feeling a little nervous, but remembered what our guide in the Okavango Delta told us – elephants will usually give you 2 warnings before charging. And this guy wasn’t giving any warnings at all. He didn’t make a sound, just casually sauntered over to our car and right past it. Still, it was a pretty thrilling experience!

We spent most of the morning driving around the south side and did have a couple of really neat sightings, but nothing compared to the evening before! It took us 4-5 hours to drive the whole park (apart from the loops at the top end) and we headed back to camp to have some lunch and relax a bit. It was cloudy and rainy, so we were all too happy to have a break in our tent and watch some Bob’s Burgers.

As evening approached, we decided to head in for one last sunset drive. We drove around the two loops at the top of the park and ended up coming back to the place we’d seen the large herd the night before. Sure enough, we were lucky and saw elephants crossing the road to the watering hole meeting spot – including some very tiny babies! 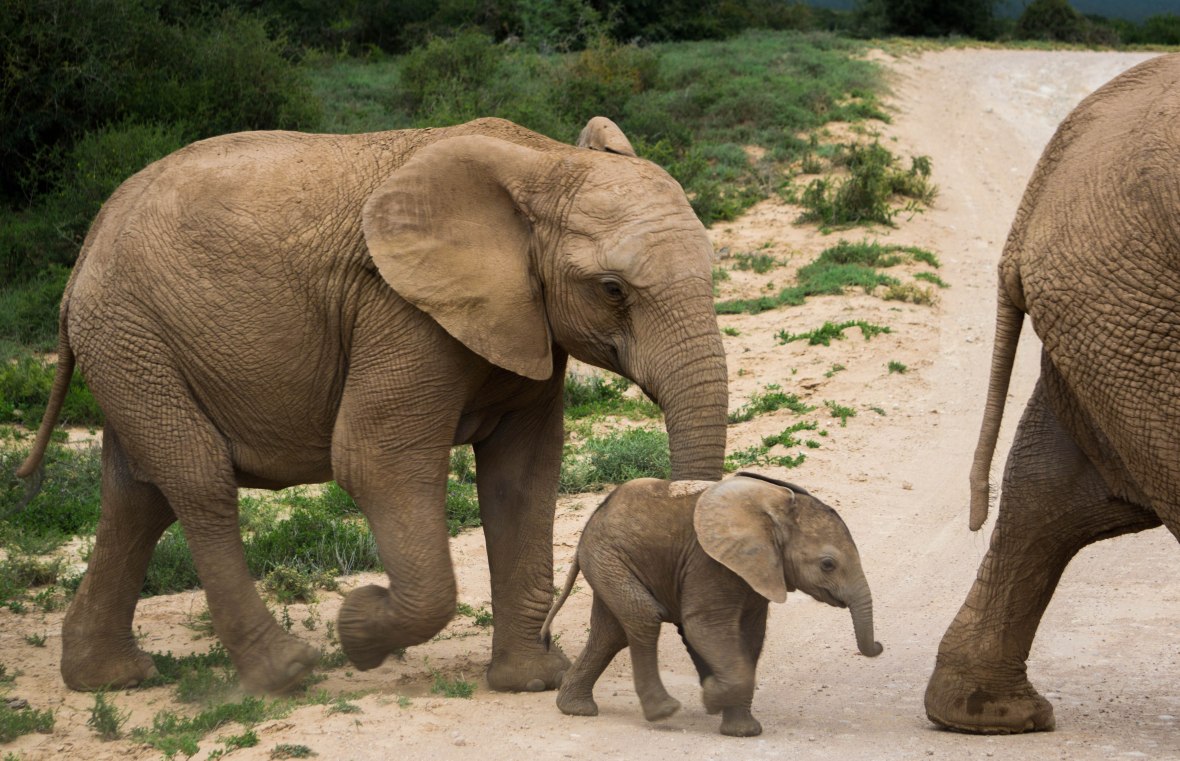 We loved our time in Addo! Though the campsites are average, the park itself more than makes up for it! If you’re a fan of elephants, it’s well worth the trip.